Out of date as soon as it's written 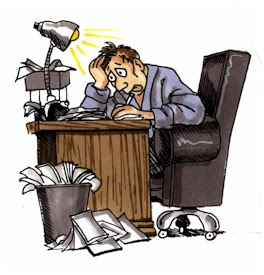 This could be me writing my business plan, looking about as alive and healthy as I usually do. ©
I plan to start a business while at business school. I'm writing a business plan. I've previously published an outline. At the moment, I'm on version 11 of the document. Each version has required hours and days of sweat and toil. Yet, it's still very far from any way near something that is presentable. The narrative is jolted and does not quite flow from problem to solution to route to market. Adding realism to financials requires revisiting all the assumptions that make up the rest of the plan. Taking consideration of potential competitive threats makes me wonder if the problem and solution are thought out enough. Writing the business plan is like putting together a 100,000 piece jigsaw puzzle where fitting in a new piece disrupts the other pieces that have fitted before it.

The first version started with a fantastic aspiration. The idea was simple. There were some monetization possibilities. No figures. No project plan. Just the germ of an idea. Then I started to flesh it out. I sought evidence for my problem hypothesis. Sites such as the Pew Internet & American Life organisation and even Northwestern's own Media Management Center are full of data and information that are absolutely fascinating. There is only one problem – none of it quite says what I want to say. The focus is always slightly off from what I'm looking at. This means the solution does not quite follow from the problem. Maybe I need to do my own market research? If that's the case, I might be better off waiting to do that in the relevant Marketing Research class at business school.

The solution is a software platform. There is so much open source software out there, yet none of it does precisely what I want it to. In fact, none of it does even 5% of what I need it to. So it'll be built in three stages, reworking existing open source solutions where they exist. The first stage is to build a prototype. I'll try and get this done before business school starts. The second is something that will be developed over the summer internship period between first and second year. The third is for after business school. The prototype can be built in a few days, I'm sure of it. The problem is getting motivated people to help me build the thing in return for promises of receiving something great at some unspecified future date. I'm still working on this.

I initially thought I was working on a consumer facing solution. I'd get it out there and try and grow it organically. The problem with consumer facing solutions is that any monetary transaction from a consumer will be relatively small. You need to amass a large number of small transactions to generate revenue. Would I really be able to get the business growing quickly and fast enough to fund several members of staff and overheads? I figure that I need $60,000 to fund software developers (and me) over the summer period between first and second year of the MBA – the period when stage two of the software platform will be developed. I think this is too challenging to raise from small monetary transactions against a prototype. I'm now thinking of generating three large sales of $20,000 each from three companies. For this money, these companies would get a white label solution they can brand for their own purposes.

Competition is a problem. As a consumer facing service, the threat is Google, Yahoo and a myriad of other companies. A professor from my undergrad would often say, "if Canon enters your market – then it's time to leave". I'm not trying to build something in an established market, but it is adjacent to so many other markets that it would be easy for others to shift their emphasis and copy what I'm trying to do. Yet competition has also made me focus. Digg is doing X, which is different to what I'm doing because of Y. Google Wave is amazing – it does piece N of what I was thinking of doing, but in a much better than what I was already thinking. Every product announcement by every corporation, usually covered in detail by TechCrunch, makes me rethink and revisit that 100,000 piece jigsaw puzzle. What does it mean for what I want to do? Do I need to do anything differently?

I've heard that some MBA entrepreneurs write a new business plan each week, just for kicks. I wonder what exactly they were doing. I've written business cases for my employer before, but I'm finding this to be an entirely different game. Perhaps it's because I've more "skin" in this game. The shear information overload from how much detail that I could write for each section of the business plan overwhelms me. At first I thought I needed to capture it all in the business plan. Then I started moving it all to appendices. I soon realised that keeping the appendices up to date (and even finishing each one) was a mammoth task. I'm soon starting version 12 of the business plan. This time I'm simplifying everything – the appendix is now just a spreadsheet with a different sheet for each piece of information. The business plan is just highlights. Perhaps I'll be able to finish writing this version.