If you can see it coming, it's probably not disruptive. 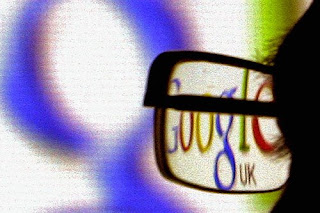 Brace yourselves; this post is a rant on Google and disruptive technologies. ©
For some time now, people have been talking about Google Docs and other similar efforts to port an MS Office style environment to the online world - into "the cloud" - as being disruptive. Disruptive technologies are those that have displaced existing technologies, in the process almost magically displacing the dominant incumbent companies that champion the existing technology. In the 1980s, HP's inkjet printers offered a cheaper, but "good enough", alternative to large and expensive heavyweight alternatives from the likes of Xerox. The inkjet stole market share, forced Xerox to move to more upmarket customers, and ultimately sealed HP's name in the printing business. Other examples include digital downloads displacing CDs and DVDs, as well as email displacing postal mail.

Disruptive technologies of the past have not altogether been obvious at the outset that they are disruptive. Had they been so, the companies they threatened would have noticed them and taken action to ensure they were not displaced. So it is that Microsoft, eyeing the potential disruption that is Google Docs, has created its own rival offering. In this particular case, it would appear that the existing incumbent technology could well survive the threat of the disruptive Google Docs. However, I don't believe that Google Docs was ever disruptive to begin with.

Google Docs continues to work with the existing paradigm of documents and files. If you were to take out the rich formatting in the document you send in an email, what is the difference between the document and the email text itself? Why could the document not have been written in an email client itself? Why do we need to open a separate application to edit a document, which we then save and send out in another email? Google Docs continues to perpetuate this behavior by simply taking the offline Office experience and putting it into a browser. Surely the browser affords a new way to work with information? In disruptive technology lingo, it could be said that Google Docs is "cramming" the existing Office concept into a new technology. As a result, everyone can see it coming. So I would suggest that Google Docs and online office suites are probably not disruptive.

So what is disruptive in the office suite space? If we take the behavior of sending each other emails with documents attached, then perhaps Google's Wave product is the truly disruptive technology. The email is the document. Collaborators change different elements of the document inline. There is no need to open a separate application to work on the document. Many think that Google Wave is disruptive of email; even the Google Wave team position Wave as what email would be if it were invented now and not 40 years ago. However, a large portion of my emails is between myself and one other person. Most of my emails also do not require the playback/forward sophistication of Wave. I think email is still the simplest solution for most private text based communication. Wave's strengths in collaborative working – in collaboratively creating documents.

It is probably not obvious that Google Wave could disrupt the office suites, rather than email. That's why it might just do that.