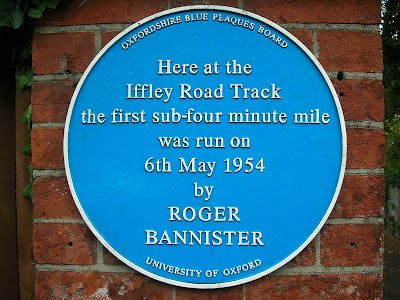 For many years it was widely believed to be impossible for a human to run a mile (1609 meters) in under four minutes. In fact, for many years, it was believed that the four minute mile was a physical barrier that no person could break without causing significant damage to one's health.

On May 6th 1954 Roger Bannister ran a mile in 3 minutes, 59.4 seconds. To the revelation of the world, he had broken through the psychological barrier many had held until that point.