For many of us techno-piles growing up in late 80s and 90s, there were two icons that inspired our generation - Steve Jobs and Bill Gates.

Jobs - particularly through the late 90s and 2000s - carved out Apple as the brand of choice for consumer devices - such as smartphone and tablet computers. His mix of showmanship and products with simple, compelling features pulled in consumers that may otherwise have found computing products to be tiresome and uninteresting. Jobs made a dent in the universe by making design the basis of competition for computing products, whereas previously it was functionality. Starting with the iMac, then later the iPhone and iPad, he created broader appeal for devices in these industries.

Jobs truly made a dent in the universe. 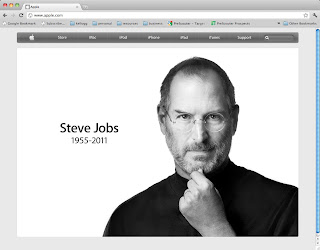