Where did your Big Idea come from? 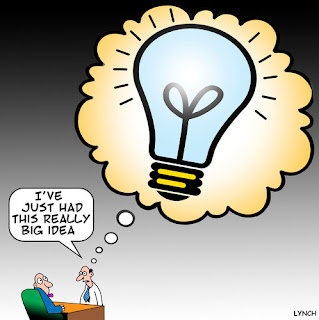 I arrived at the Kellogg School at Northwestern in 2009 with the intention of starting a business while I was there. This quickly became my sole and dominant focus. By the time of my summer internship in 2010, I had focused on one idea in particular - creating an online platform on which university professors could be hired as consultants. I had noticed that professors were already hired as consultants on an ad-hoc basis, so I felt an online marketplace for this activity held particular merit. I was wrong.

I determined that science and technology would be the most tangible place to start for the online professor marketplace. Thus, over the summer of 2010, I interviewed various Northwestern alumni who had become directors of R&D labs. As I spoke to the R&D directors, one by one they all responded in a luke-warm fashion. As an entrepreneur, you believe your idea to be incredible. You believe you have found a golden opportunity. It is this belief that drives you forward when others do not. Yet, even with this bias clouding my lenses, I could see that the responses of the R&D directors were at best luke-warm.

Why did they not jump with excitement at what I proposed? It transpired that most of these R&D directors would only hire a professor once a year, and sometimes less frequently. A company might hire a professor to obtain an impartial perspective for clinical trials, for example. In their everyday work, if they came across a technical problem, there were others in the company, and in the industry generally, that they already more readily turned to.

Ultimately, one of the R&D directors I spoke to suggested a different idea. He had previously had an internal team scout for technologies developed at universities, with a view to leveraging any applicable findings for their own work. As a consequence of various company reorganizations, this team had disappeared, yet the need still existed.

After my frustration in pitching my own idea to numerous people, I decided it would be easier to build something that a potential customers were already asking for. I decided to build a service for scouting university technologies, largely to the specification that the initial R&D director was interested. Years later, we have a business based on this initial need.

When I recollect this story, sometimes people accuse me of "cheating" - that I was building something that someone in particular already wanted. Once I had built this for one person, it was just a case of finding more of those types of people. To them, I always ask, "What is the alternative? Build something for a lot of people and hope one of them wants is?"

As much as we, as entrepreneurs, think we have to have a great idea, and that we know best - we usually do not. In the end, your "big idea" can only come from one place: the customer. I thought an online platform for professors to find consulting arrangements was a great idea. In the end, the idea that has gained traction came from a customer.
Posted by Dino at Thursday, October 18, 2012