The Jack Of All Trades 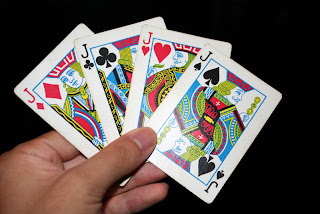 VCs are jacks of all trades. ©
In the few weeks that I've been interning at a London based venture capital firm, already one thing is clear: a venture capitalist needs to be a jack of all trades, i.e. competent in many skills. Further, to be a really good VC - it is necessary to be master of a lot of these skills. Whereas a career in consulting might be a full time mostly soft-skills based career, or career in banking might be a full-time mostly quantitative-skills based career, a career in venture capital is a mixture of many things.

To illustrate, here are a few of the skills called upon:

It is difficult to break into venture capital, because a VC has to be a jack-of-all-trades. There is also no one single profile of a typical VC. This is because a VC will have to be a master of many of these trades; the variation is likely due to what they've mastered.
Posted by Dino at Tuesday, July 28, 2009