Media Should Solve A Problem 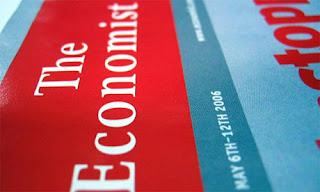 The Economist solves a problem for its readers. ©
What need does any particular media publication fulfil? In the face of increasing difficulty that media publications have for charging for content, one of the recent dicussions in the Media & Entertainment Club at Kellogg has centered on thinking about media as we would any other business: what problem is the media publication fixing that the consumer would pay money for?

Too often, editors that run publications do not care about the readers - often printing what they think is best. In contrast, publications that are successful satisfy specific needs of their customers. Two examples that have arisen are:

In the case of both of these publications, they are able to charge for their content because they satisfy a clear need. B2B media takes this to the extreme. While not as sexy as B2C media, B2B media satisfies essential business needs. Subscription based businesses, such as Lexus Nexus and Bloomberg, add value to the workflow of workers in the world of business.

In a time of desperation for many media publications, the old "what problem does it solve?" insight is perhaps a more obvious cure than most publications realise.