The New York Times' plan to charge for content. 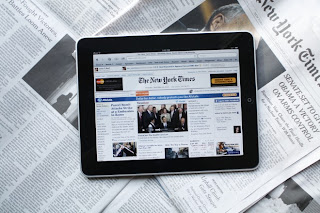 There is a lot of buzz around the New York Times' plan to charge for content.

I think it is interesting to reflect back on Jeff Jarvis's original comments about this, when the New York Times announced first announced their plans last year.


Charging is an attempt to replicate an old business model in a profoundly changed media economy that is no longer built on scarcity—on publishers' control—now that everyone can publish. The new link economy rewards openness and collaboration.
...
The New York Times plans to charge its best customers—its most frequent readers—while enabling what Rupert Murdoch calls the worst customers—those who stop by once from a search engine or an aggregator—to get what they want for free. That might make sense if you are selling a scarce resource: those who drink the most wine pay the most. But online, content and news are not scarce. They are the magnets that draw readers to you so you can build a valuable relationship.