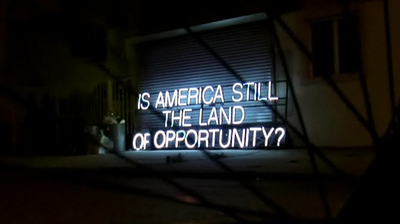 I'm flying over to America in the Fall to find out. ©
I believe one of the next big opportunities in entrepreneurship is in content. Of the five ideas I previously mentioned for starting a business, the two that I continue to investigate in 2009 revolve around content.

The Internet has decimated existing business models for making money out of content. In the past, content would be tied to physical goods. For example, movies would be tied to the limited copies of the DVD that were made. The consumer paid for the DVD and the physical production of that DVD with the content on it. With content becoming digitized, the cost of creating copies has become zero - it as is easy as copying a word document. How do you create revenue streams from this? The music industry has suffered and continues to suffer from the disruption. The movie industry will suffer as high speed broadband connections become more common place. The newspaper industry is suffering at the moment.

While taking naps away from MBA applications during the latter half of 2008, I developed five ideas by tiny amounts as inspiration came to me. I jotted my thoughts on a private wiki (a Google site). As 2009 dawned, and I got my free time back after the MBA application process, the ideas that I continued to investigate were the ones that related to content: #4, #5 (Sorry PA for a While, Ahembeea). Here is a recap of those two ideas:


With TV, the content is already of course "free". Supported mainly through advertising, the problem the Internet has created is that it has become possible to strip away the advertising and redistribute the content without adverts. Will it prove feasible for force consumers to watch advertising clips? With respect to newspapers, text based content is the easiest to copy. Why pay the cover charge of a newspaper? I believe the newspaper area in particular has great opportunity. There are plenty of open source tools for content management and manipulation. Though this low barrier to entry also means every person and their aunty is doing something in this space, I think the differentiator for those that are successful will be in execution and innovation.

Through 2009, as I have developed my thinking, I have spent some time reading around these ideas and posted on these topics on this very blog. I noted that television is currently a three way matchmaking business. Perhaps the future of television is in brand integrated TV shows? i.e. giving away the content because it is in actually marketing material. I also speculated on the newspapers of the future. Perhaps they will be free publications? Or written by bloggers? I found writing these blog posts to be very helpful – they helped clarify my thinking on these areas and forced me to form opinions.

As I continue to explore these areas of opportunity, I'll continue to write about them here. The trick will be to not give too much away ;-).